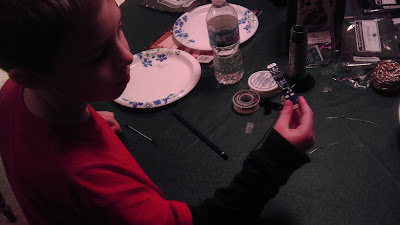 This Thanksgiving I thought it would be good for the kids to be able to learn something in the void of time at Grandma’s house on Thanksgiving and Make something! 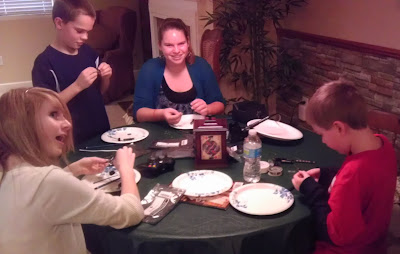 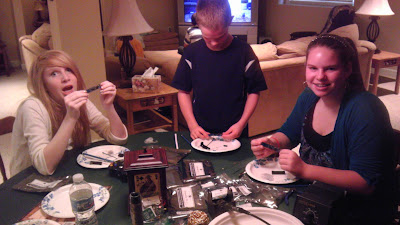 The Drawdio is something that I wanted to build because I just wanted a cheap 555 timer synth. It works great for teaching kids of various ages about electronics because the kit is easy to put together as it is through hole with pictures on the board for them to follow. They learn about conductance, how electricity works, how sound is made electronically, and for the older ones: a basic circuit with an integrated chip and timing.

In all, 8 kits were made with the ages going from 8 to 14 and it was the first time for all of them to solder! Some worked better than others and one had a bum timer chip (just happens every once in a while – yay for the DSO Nano!) despite the circuit being put together and soldered perfectly. I gave that little one the one I made since I can easily just fix theirs. They loved them and THEY ANNOYED THE CRAP OUT OF PARENTS ON THE 6+ HOUR DRIVES BACK HOME. Epic Win.

BTW: The kids assembled their boards and separated out their parts on paper plates. It made an easy place for them to keep their parts from rolling around and easy cleanup as well as a place to put al of their lead clippings once they were done.

Wow. That’s awesome. Will you adopt me? Just kidding… but seriously. 😉